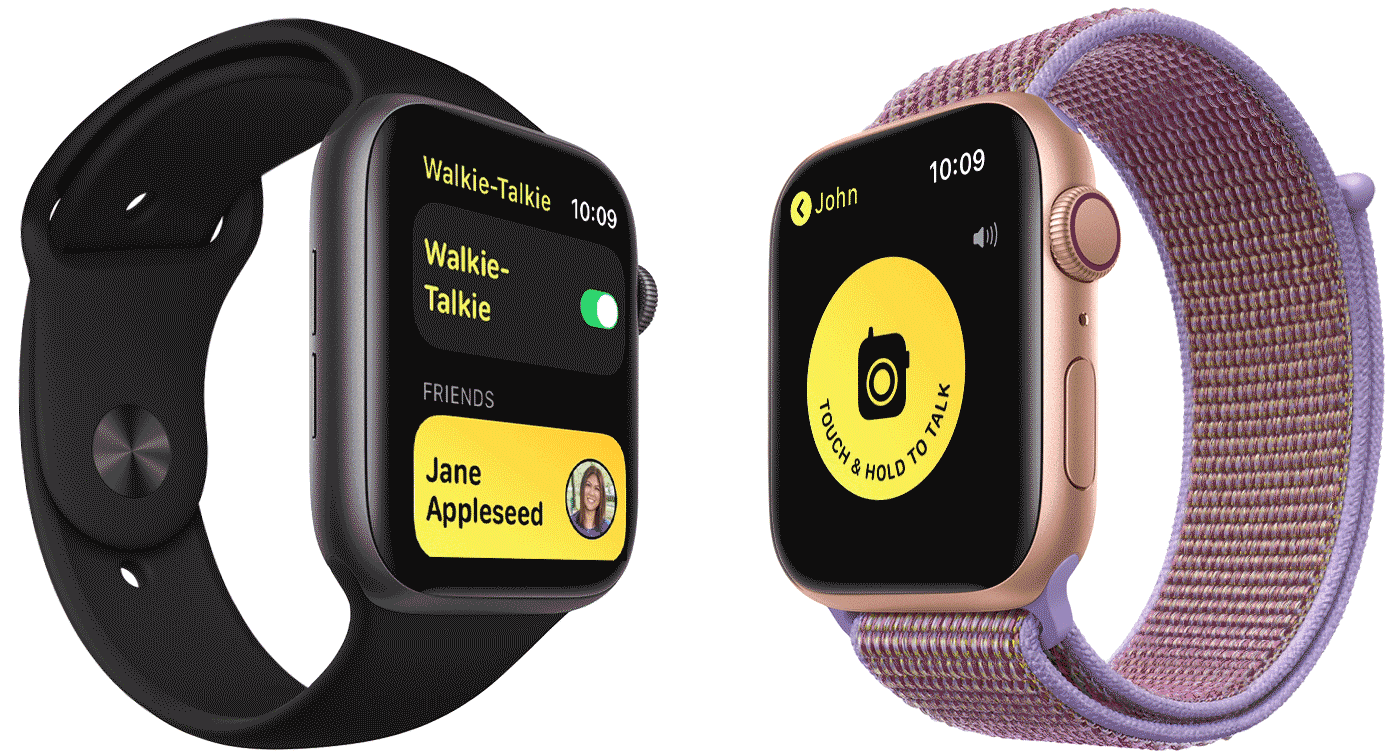 Whether made up of aluminum tins or a small receiver, the walkie-talkie was the true epitome of communication between two young friends. Now that we’ve grown older, it seems that our toys have grown up too. With that said, Apple debuted the launch of the Walkie-Talkie app in WatchOS 5, allowing users to use their watches exactly as one.

What is the Walkie-Talkie in Apple Watch?

Just like the olden days, the Walkie-Talkie app allows you to constantly communicate with someone throughout the entire day. You’ll just need each other’s approval once. After that, you can communicate with that particular individual at any time by just the press of a button on your watch. The feature works on both cellular and Wi-Fi.

The application uses Facetime in its backend. This means that you’ll need to have a Facetime account signed in. However, unlike Facetime, you aren’t able to video call, someone, using the app, or have group conversations. You’ll only be restricted to one-on-one conversations.

How To Use Walkie App on Apple Watch?

Getting the application up and running on your watch is extremely simple. Firstly, all watches except the Series One support the feature. Moreover, you’ll need to be a part of this list of countries to be able to access the app.

Other than that, you’ll need iOS 12.4 on your iPhone and watchOS 5.3 on your watch. You’ll be able to get both of these by updating your iPhone in the Settings application and then consequently heading over to the Watch app and repeating the same steps.

The walkie-talkie app is found on your Apple Watch. Here’s how you can get the application up and running:

After that, your friend will receive a notification on their Apple Watch. If they accept, you’ll be able to contact them on the fly. However, there are a few nuances you should know about:

Bonus Tip: You can also use the Control Center to turn the Walkie Talkie off at any time. You’ll still get a notification if someone tries to contact you though.

What is the Range of Walkie Talkie on Apple Watch?

Unlike a traditional walkie talkie which has a particular range, you’ll just need the internet to be able to use the one on the Apple Watch.

Generally, the Walkie-Talkie app seems to run fine in some instances. However, you might be getting a checking availability indication, or connection failed. In both instances, here’s what you need to do:

Not being able to find the Walkie-Talkie is a common issue. To fix that, all you need to do is to first ensure that your Watch and iPhone are both up-to-date. After doing so, you’ll need to head to the Apple Watch App Store and download the Walkie-Talkie app once again from there.

What Is The Walkie-Talkie App Used For?

From what we’ve seen, the Walkie-Talkie application is primarily used between couples / a close group of friends to always communicate with each other. However, in most cases, we’ve found using Facetime to be more convenient.

But, the application does carry some novelty in the fact that you are able to re-kindle your childhood memories of always being able to communicate with a loved one no matter how far the distance.