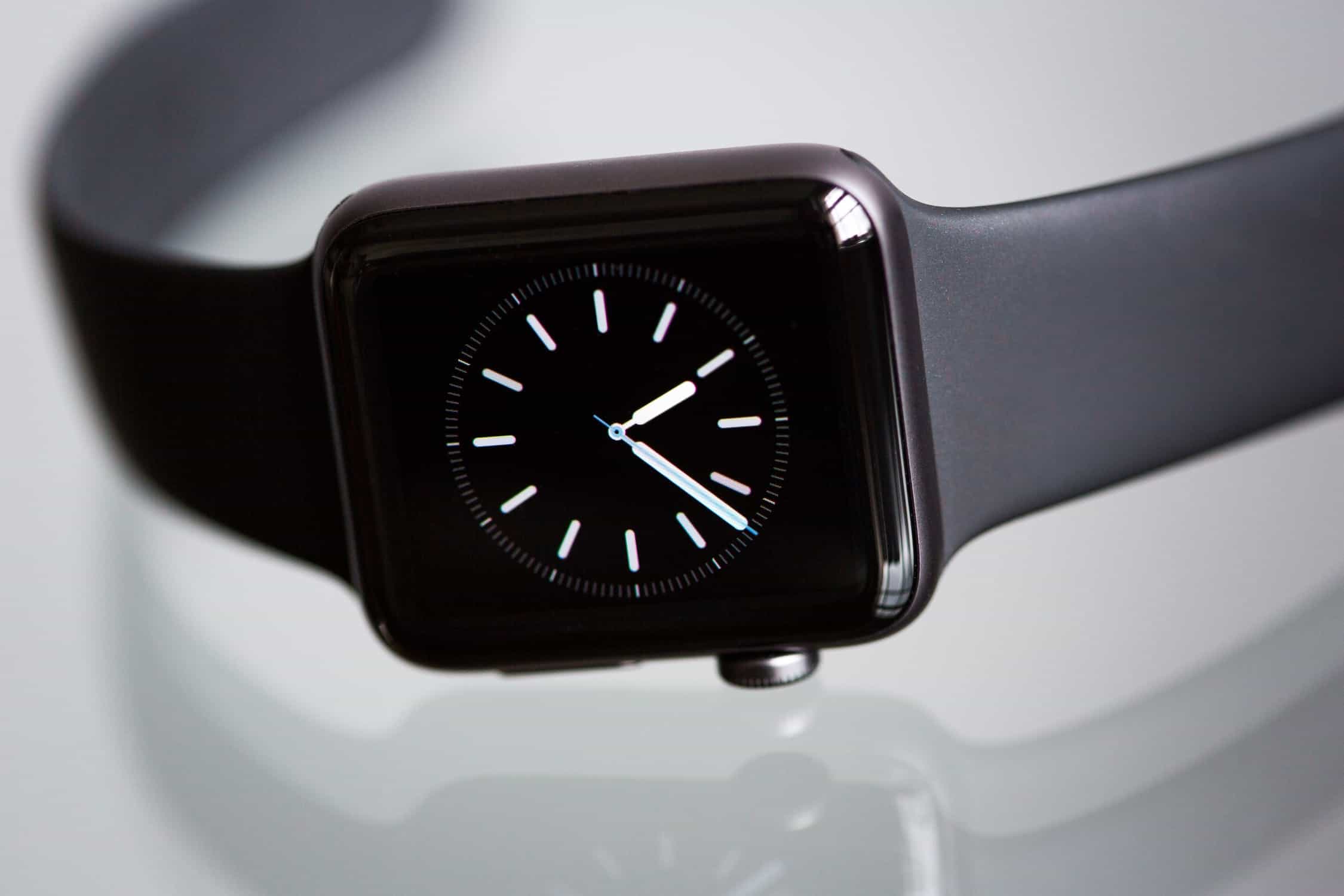 Apple’s product lineup has always been known to be on the pricier end. With that said, the company has shifted towards benefiting off of subscription-based services like Apple Fitness+ and Arcade. This has led to them releasing more reasonably priced products under the guise of their SE lineup.

While the word SE’s meaning still remains a mystery, they generally refer towards products that share most of their similarities with Apple’s more premium offerings but with a few caveats here and there. The Apple Watch SE is one such example, featuring the same design as the Series 6, is it a worthy contender for your wrist?

In this review, we’re going to keep things simple. Firstly, we’ll be talking about all the features the watch has and which ones it does best. We’ll be comparing it to the Series 6 and Android smartwatches like the Samsung Galaxy Watch 3 and the OnePlus Watch. 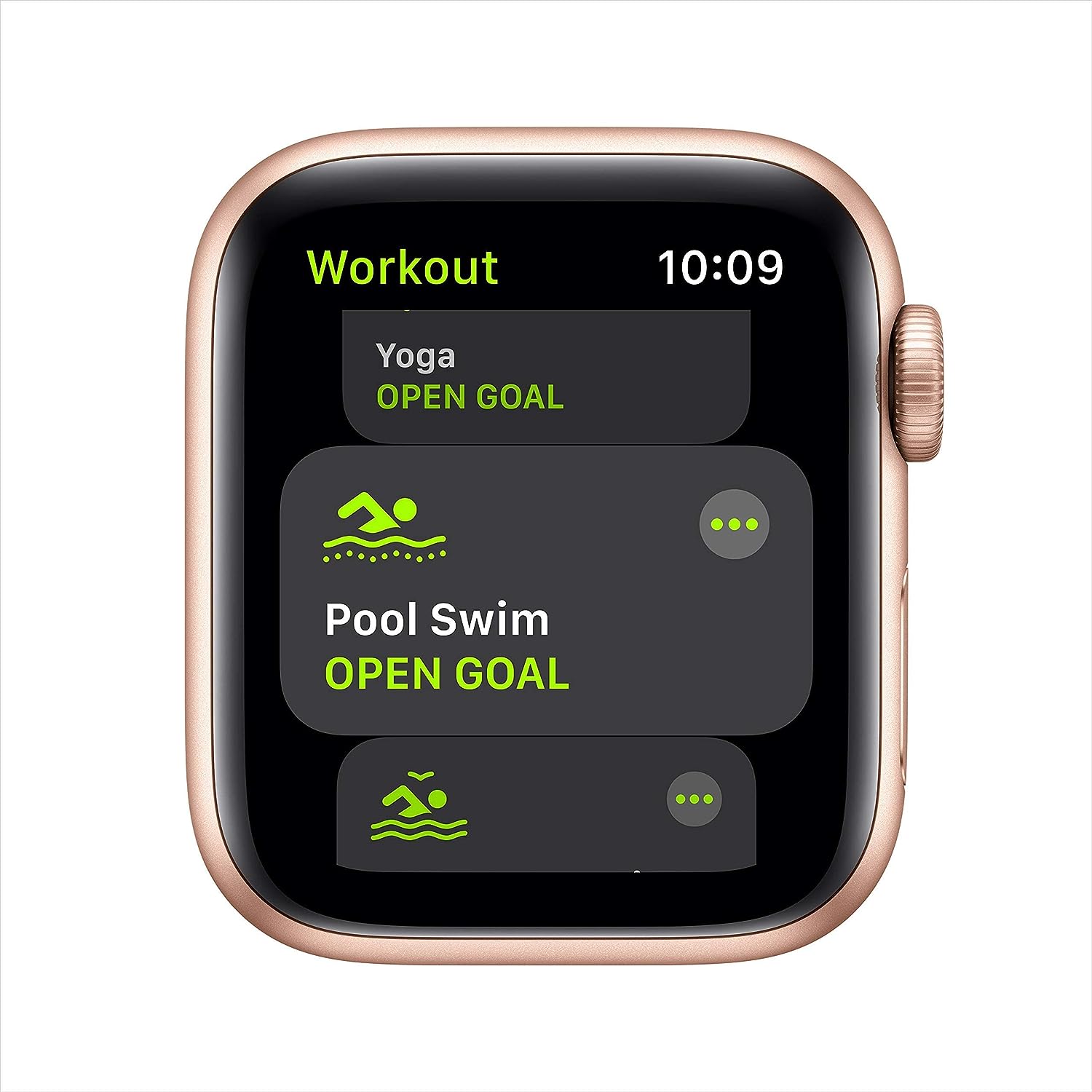 Unlike Apple’s premium offerings, the Watch SE comes in a single Aluminium finish and consists of three colors, Silver, Gold, and Space Gray. It consists of two size variants, the 40 and the 44 mm. The watch supports Apple’s latest WatchOS 8 and therefore integrates with all Apple products seamlessly.

The watch supports all avenues of fitness tracking letting you measure your steps and sleep patterns as well. However, it does not have an ECG built-in and we’ve noticed its heart rate sensor taking a lot of time to provide an accurate reading in some instances.

The smaller screen of the watch leaves a bit to be desired when it comes to navigation. Apple proprietary, Apple Maps works better on watches. However, compared to Google Map’s seemingly global presence, Apple’s offering seems to work better in larger cities.

The battery life of the SE leaves a lot to be desired. You won’t be able to have it last through a whole day of sleep tracking and notifications. If you start streaming music from your watch or use LTE / cellular, it’ll end up draining a whole lot faster.

Unlike the newer Series 7 which features a full-sized keyboard, you’ll be stuck with quick replies when it comes to responding to messages. You can, however, scribble or dictate your reply but that ends up being extremely time-consuming.

Calls are a breeze though due to the in-built microphone and onboard speakers. The SE also supports Hand-Off, allowing you to keep your phone at home and still listen to calls on your watch if it has a cellular connection.

Apple’s WatchOS 8 is excellent in emergencies. With an SOS button that contacts your friends and family while also sending them your current location. Moreover, the Emergency Fall Detection feature also sends the same SOS message if the watch detects a fall.

Playing, pausing, seeking your music has never felt easier with WatchOS 8. You’ll be able to adjust your volume using the digital crown, scrub through and also take a look at what’s playing right from the screen.

The lack of an Always On Display means that you won’t always be able to check what time it is instantaneously. While the screen does light up as soon as you raise your wrist, there’s something special and classical about having your watch constantly display the time. After all, isn’t that its primary purpose? Besides that, you’ll be able to add and remove complications at will and will.

The Apple Watch SE has a low battery. However, if you keep it on charge during the night, it doubles up as an excellent nightstand and also has a loud enough speaker and haptic engine to wake you up.

You’ll have access to everything Apple offers in their Home app alongside proprietary applications from manufacturers that are accessible right on your wrist. For the price, the watch is jam-packed with features when it comes to home automation.

What’s In The Box?

While the Series SE is considered as an entry-level Apple Watch, it still brings in tons of useful features which make it quite attractive considering its steeper price. Here’s a quick look at everything that the Watch SE can do:

The Series 6 and SE were both released at the same time. Externally, they look identical and you’ll be cardstock on finding a difference between them. The SE is excellent if this is going to be your first Apple Watch. It nails the basics quite well and leaves only a few features unchecked.

With the table down below, you’ll notice a common trend. The Series 6 is actually quite an underwhelming upgrade given the price difference between the SE and itself. Here’s a look at the specifications of the two watches.

As you can see, there are not a lot of differences between Series 6 and the SE. However, there are some that might be enough to sway your judgment. Here they are:

In our opinion, these differences are not that significant. You’ll be able to use almost all of the features that you expect from a smartwatch in the SE. However, if you are health-conscious, the EKG + Blood Oxygen Monitor might stand out. Plus, the S5 chip is fast enough for most tasks such that you won’t be seeing a major difference in speed either.

The Samsung Galaxy Watch 3 and the One Plus Watch both appeal to the mid-range budget smartwatch market. However, the way they’ve achieved those reasonable price points is significantly different. Let’s talk about the smartwatches as compared to the Apple Watch Series SE

With the release of the Galaxy Watch 4, the Watch 3 has seen a drastic reduction in price. In terms of the basics, both of these smartwatches have got it covered. From tracking your activity to allowing you to listen to calls and receive messages, both do it adequately well.

However, the difference arises in a few ways. Firstly, the Series SE uses Apple’s WatchOS 8 while the Watch 3 uses Tizen OS. Now, don’t get us wrong, Tizen OS isn’t bad at all. But, it is not as flushed out, smooth or seamless as WatchOS. You won’t be able to find major applications like Google Maps to be present. Plus, with the way Samsung treats its smartphones, don’t expect tons of feature updates to be coming out for the Watch 3.

Another difference is purely in terms of aesthetics. The Watch 3 has a rounded watch face while the Series SE hones a more rectangular, iconic look. If you are a sucker for battery life though, the Watch 3 can run for 2-3 days on a single charge while the SE won’t last a single day.

Apple Watch Series SE vs One Plus Watch

The One Plus Watch is another interesting competitor. Using Android’s Wear OS, the One Plus Watch promises future updates, has a great set of apps, and stellar battery life that can last up to a week in a charging time of just 20 minutes.

However, the watch does come with a few major caveats. Firstly, at the time of writing this, you still are not able to connect your iPhone with the One Plus Watch. While we aren’t sure of why that is, the company has promised that iOS compatibility will be coming out soon. Moreover,  you won’t be able to store a lot of your music on the One Plus Watch as it only has 2 GBs worth of storage which is about 500-800 songs, give or take.

Other than that, you’ll be hard stuck with a 46 mm case on the One Plus Watch. This may be overwhelming for smaller wrists, however, it can feel like a welcome change for some who feel like the 44 mm case on the SE is too small.

If you are willing to let go of the iOS compatibility and a few cutbacks here and there, the One Plus Watch is a great pickup especially if you already have an Android phone and aren’t in the mood of switching.

Who Is The Apple Watch SE For?

The Apple Watch SE is for those who want a feature-filled smartwatch, but aren’t willing to pay top dollar for the most premium offering. If you aren’t into fancy finishes, are okay with not having the fastest processor and, don’t need an Always On Display or more precise data about your heart, the SE does the job quite well.

Accomplishing all that an Apple Watch has, it features an immense array of customization, both in terms of physical bands and cases and in terms of the selection of watch faces as well. The waterproofing makes it an excellent workout tool and the integration with all other Apple products can significantly enhance your experience with all of them.

What Is The Price of the Apple Watch SE?

Here are the current base prices of the Apple Watch SE (as of January 2022):

Note: You will also get 3 months of Apple Fitness+ when purchasing the watch.

What is the Difference Between Apple Watch SE and Series 7?

There are a few differences, the Series 7 has a 20% larger screen, an EKG and blood oxygen sensor, 20% louder speakers, and a faster processor alongside an Always-on Display.

Does the Apple Watch SE Have Sleep Tracking?

Yes! You are able to track your sleep and take a look at your patterns / habits using the Health application found on both your watch and your iPhone.

How Old Is The Apple Watch SE?

The Apple Watch SE was released in 2020 right alongside the Series 6. It shares most of its features with the Series 6. However, its processor is taken from the older Series 5.